Why is Radon a Health Concern?

The health effects of radon have a direct connection with the radioactive elements that arise from its disintegration. The general effects for the human body are caused by its radioactivity and the consequent risk of radiation-induced cancer. Exposure to radon is one of the main risks of ionizing radiation causing tens of thousands of deaths from lung cancer each year globally.

The World Health Organization (WHO) has called on action for reducing radon health risks around the world. The organization encourages national authorities to educate the public about the health risks of radon expolsure. It first drew attention to the health effects from residential radon exposures in 1979. Further, radon was classified as a human carcinogen in 1988. In early 1990s, a WHO international workshop on indoor radon was a step towards a unified approach to controlling radon exposures and advising on the communication of associated health risks. Most noteworthy, in 2009 WHO published a  handbook on radon to help governments develop and strengthen their national radon programs. The handbook has contributions of more than 100 scientists and radon experts, from more than 30 countries.

In the United States, the Environmental Protection Agency (EPA) set a radon action level of 4 pCi/L (picocuries per litre) as the national standard. Homes or structures measuring higher are advised to take remedial action to lower that number. EPA estimates that two-thirds of all homes in the US exceed the recommended action level.

The table below shows the effects of different levels of radon expolsure. If you don’t know your radon levels, contact us for a radon test. 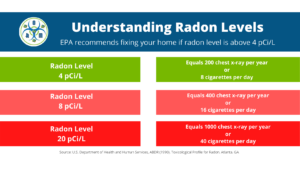 So, how exactly does radon affect your health? The main route of exposure to radon and its progeny is inhalation. When you breathe in radon, radioactive particles  from radon gas can get trapped in your lungs. As radon tends to be in higher concentraions in closed areas, people who spend a majority of their time indoors are at higher risk. Over time, these radioactive particles increase the risk of lung cancer. It may take years before health problems appear.

Radon is the number one cause of lung cancer among non-smokers, according to U.S. Environmental Protection Agency (EPA) estimates. In the United States, radon is responsible for about 21,000 lung cancer deaths every year. About 2,900 of these deaths occur among people who have never smoked.

In 2005, U.S. Surgeon General, Richard H. Carmona, issued a Health Advisory warning Americans about the health effects from exposure to radon in indoor air. The Chief Physician urged Americans to test their homes to find out how much radon they might be breathing. “Indoor radon is the second-leading cause of lung cancer in the United States and breathing it over prolonged periods can present a significant health risk to families all over the county,” Dr. Carmona said. “It’s important to know that this threat is completely preventable. Radon can be detected with a simple test and fixed through well-established venting techniques.”

The risk of developing radon-induced lung cancer depend on several factors, including:

If you live in a building with higher radon levels, you may develop lung cancer even if you have never smoked. 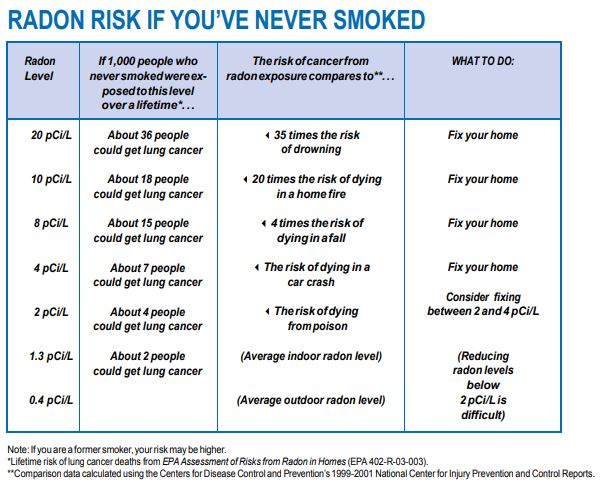 Smoking is the leading cause of lung cancer. It causes an estimated 160,000 cancer deaths in the U.S. every year (American Cancer Society, 2004). Also, the rate among women is rising. Lung cancer now surpasses breast cancer as the number one cause of death among women. Nonetheless, exposure to the combination of radon gas and cigarette smoke creates a greater risk of lung cancer than exposure to either factor alone.

How to Mitigate the Effects of Radon?

In addition to being present at high concentrations in underground mines, radon is found in homes and is also present outdoors. Extensive measurements of radon concentrations in homes show that radon is universally present, raising concerns of lung-cancer risk for the general population. In Ohio, most soil contains quantities of uranium and radium, which break down and release radon gas. This provides a continuous supply of radon throughout the year. Also, modern construction is not exempt from radon risks, as new insulation strategies often trap radon gas more effectively in new homes than older homes.

Testing is the only way to know if you and your family are at risk from radon. EPA and the Surgeon General recommend testing all homes for radon. EPA also recommends testing in schools and other public buildings. Testing is relatively inexpensive and easy – contact us for a free nonbinding price estimate. We provide prompt testing and free mitigation proposals.

Choose a qualified radon mitigation contractor to fix your home. Lowering high radon levels requires technical knowledge and special skills which is where we excel. Our job is to study the radon problem in your property and help you pick the right treatment method. Radon reduction systems work – they can reduce radon levels by up to 99%. Even very high levels can be reduced to acceptable levels. 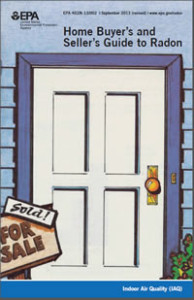 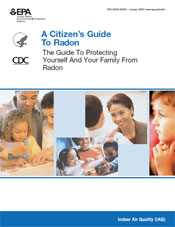